Most of Richard Bland’s working life has been involved in selling Tractors to both Home & Export markets. 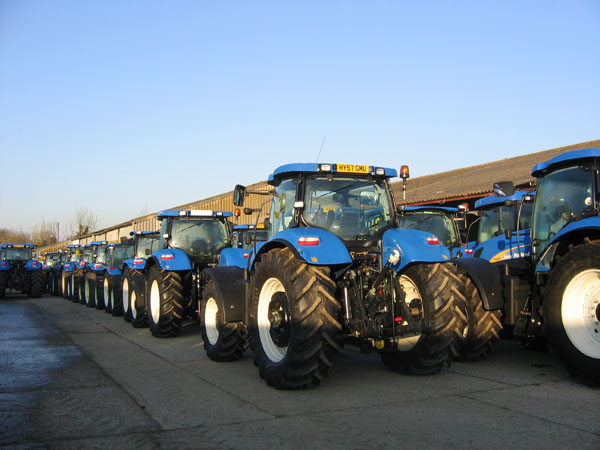 Richard Bland’s Grandfather Percy R Bland who was in the Household Calvary and when called up couldn’t afford to buy a commission and subsequently was transferred to the Liverpool Regiment and became Captain and Liaison Officer World War1- he was killed in action at the Battle of the Somme 1917, this left Richard’s Father Laurie Bland who was then 12 years old to be brought up in London by his Mother together with his brothers Jack and Gerald and Sister Marjorie.

At the age of 17 Laurie went off to Australia for 10 years where he worked hard and excelled at Sport especially Cricket playing some time for New South Wales. Upon Laurie’s return to UK he was asked by his Uncle Charles Bland who owned the milking machine firm Fullwood & Bland of Ellesmere to work for them. He was a very successful salesman and was made a director in 1938 the same year that his Uncle Charles died. Laurie went on to form his own business Bland Bros Milking Machines where he became the sole importer for the Manus Milking Machines from Sweden, because of the his great success some years later he with his brother Jack bought the local firm of George Oakley Co Ltd.

After some time the brothers split up with Laurie forming his own business Bland Bros Tractors Ltd who became International Harvester ‘IHC’ main dealers for Shropshire, leaving Jack in charge of George Oakley Co Ltd-‘Oakleys’ who were Ford/New Holland main dealers . When Laurie sold Bland Bros Tractors to North Western Farmers his son Richard went to work in London for International Harvester Co as a sales trainee. Some years later Richard was asked by his Uncle Jack to come to work at ‘Oakleys’.

After a few years on the road selling, he went on to manage a branch at Market Drayton which was losing money he managed to turn it round and in 1974 he stared selling used tractors overseas especially Norway where after teaming up with a Norwegian sold 150 tractors each year to Norway for three years and ended up opening up a business near Trondheim where they became the main importer for Valmet Tractors from Finland. Richard continued to sell overseas for many years selling to the Far East-Europe & America. Richard’s son David joined the firm ‘Oakleys’ in 1988 where he worked together with his Father in selling tractors both nationally and internationally.

Both Richard & David are still very active in the Used Tractor business Richard Concentrating in sourcing & selling young Used John Deere & New Holland Tractors at www.richardbland.co.uk and David sourcing & selling older tractors he has built up outstanding connections in both the Far East & Mid America, his firm is called Bowland Tractors Ltd- www.bowland-tractors.co.uk and the latest news is that David’s son Henry who has just completed his Degree 2&1 in Agricultural Engineering at Harper Adams University is joining the business.